Much has been written over the past few years about the growing disparity in property and income taxes between Northeastern and Midwestern (high tax) states, and Southeastern and Southwestern (low tax) states.

Now more than ever, that discrepancy is under a microscope. With remote workers and satellite offices quickly becoming the norm, tens of thousands of Americans who were bound to certain cities and states due to office jobs have been freed of their geographic obligation.

And if Google Search trends are any indication (hint: they are), they’re home shopping online using a variety of keywords and phrases related to tax savings.

But relying on property and income tax data simplifies the equation to the point that comparisons between states become ineffective at best and irrelevant at worst.

On the flip side, some low tax states have obscure tariffs that aren’t accounted for by those looking to relocate, such as property taxes levied on vehicles.

To determine the residents with the biggest tax burdens, WalletHub compared the 50 states across property taxes, individual income taxes and sales and excise taxes — as a share of total personal income in the state.

The Results: Florida and Sailfish Point are Winners

All 50 states were ranked from highest to lowest with “1” being the highest with respect to taxes. Florida came in at No. 46, trailing only Alaska, Wyoming, Tennessee and Delaware. With no state income tax, the Sunshine State tied for first in the individual income tax burden category.

States that are the leading sources of in-migration to Martin County, Fla. (generally) and to Sailfish Point (specifically) happen to have the highest tax burdens. For example, New York ranks No. 1, with a total tax burden of 12.28%, Connecticut sixth (9.99%) and New Jersey seventh (9.88%).

Over the past few years, Sailfish Point has also seen an uptick in new residents from the Midwest. Little wonder: Minnesota has the fifth largest tax burden, and Illinois and Ohio are ninth and 12th, respectively.

Not to Pile on New York, But …

A New York couple filing jointly with $5 million in taxable income would save $394,931 in state income taxes by moving to Florida, according to BDO USA, an accounting firm that provides tax services and financial advice. 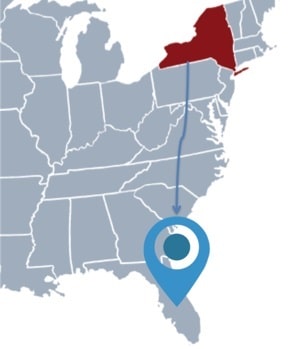 Adding fuel to the fire, the Tax Cuts and Jobs Act of 2017 limits deductions on state and local taxes (SALT), as well as mortgage interest deductions on federal tax returns. Factor in this, along with Florida’s overall cost of living, and the decision to flee these high tax states becomes even easier. 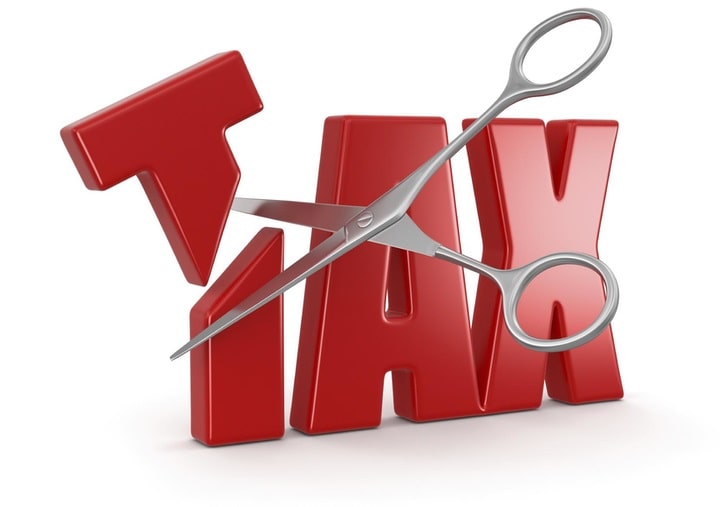 Moreover, residents claiming Florida as their primary (or only) residence are eligible for hundreds or even thousands of dollars in property tax savings via the Homestead Exemption. 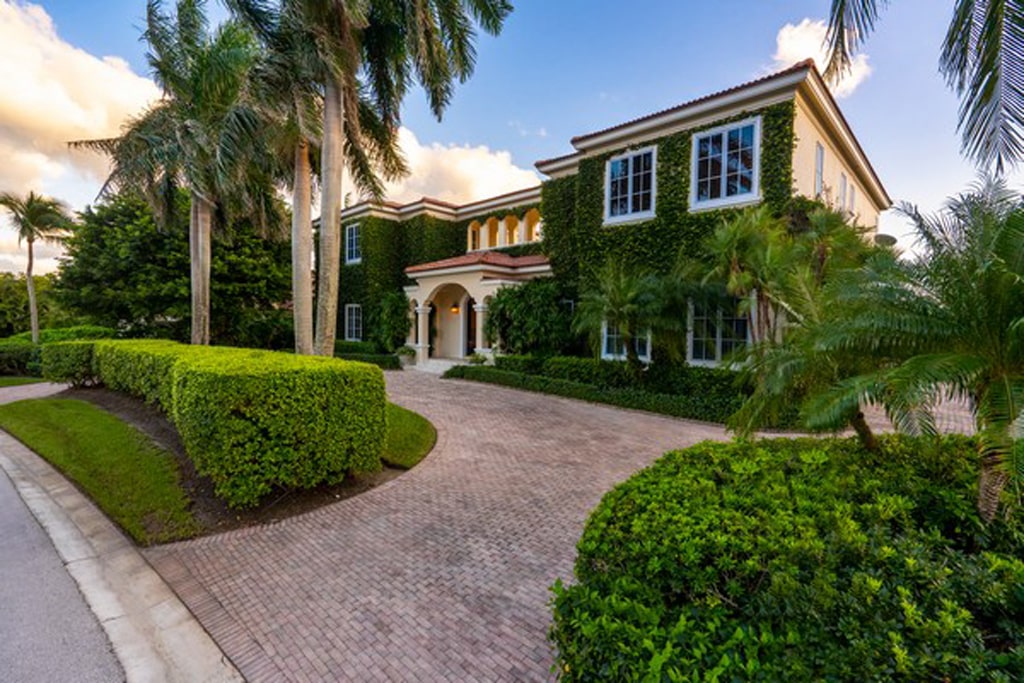 New Sailfish Point residents are often pleasantly surprised by how much home they can afford in one of Southeast Florida’s most exclusive oceanfront luxury communities.

With proceeds from the sale of their former residence (or residences), buyers are often able to make additional lifestyle-oriented purchases, like golf carts for coasting around the community and boats for cruising the vast Intracoastal Waterway or fishing trips to the nearby Gulfstream teeming with game fish. 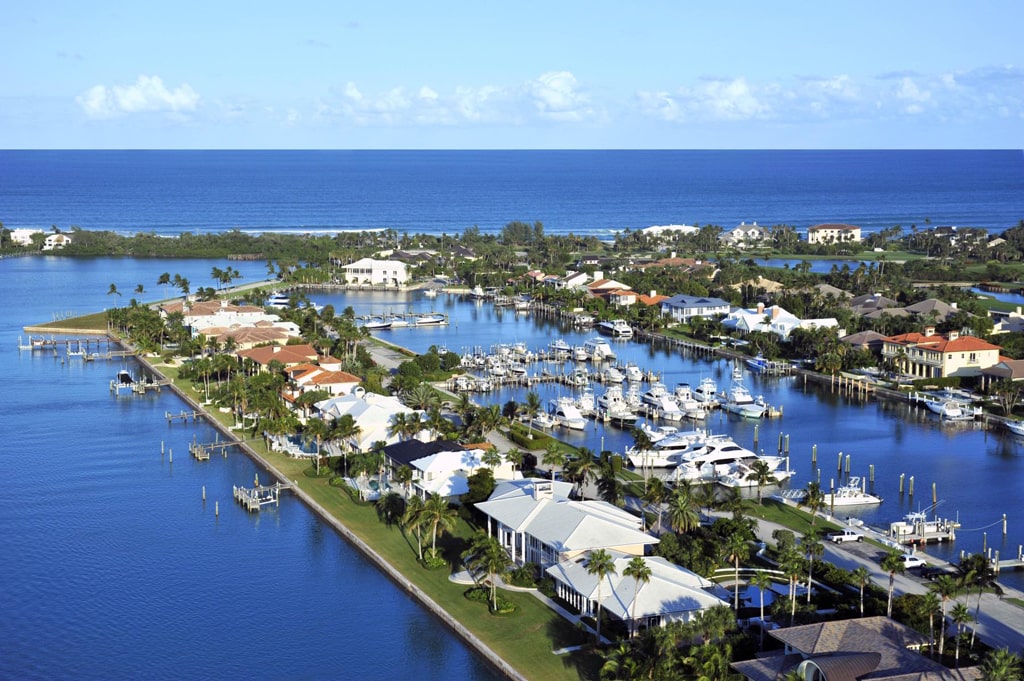 Golf at Sailfish Point’s nationally-ranked Jack Nicklaus Signature Course isn’t mandatory for residents, but golf lovers who save money by making the move south are often quick to invest in a full equity membership.

Especially considering the club just expanded its practice facility and that Nicklaus Design will completely renovate and update the course in 2021. 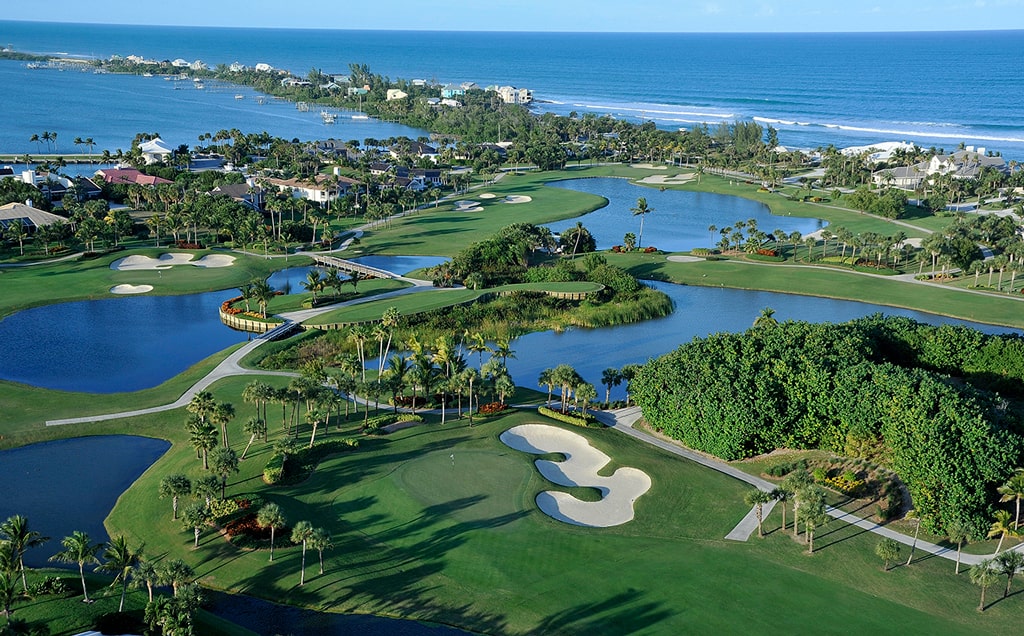 Ready to begin exploring your next chapter in South Florida’s premier oceanfront community, Sailfish Point? Visit our guides to Stuart and Hutchinson Island to learn more about the wonderful area surrounding our 532-acre island paradise.

For more information about Sailfish Point, or to arrange a tour of any of these listings and the entire community, Sailfish Point Realty is conveniently located just outside the community gates.

Simply call 772-225-6200 or click here to send a detailed message about your upcoming visit and we’ll customize a safe and enjoyable itinerary.

For those looking to extend their stay and explore the area, we partner with Hutchinson Shores Resort and Spa for oceanfront accommodations. 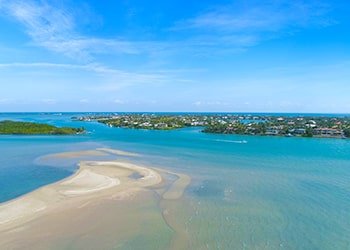 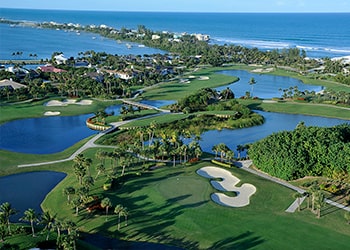 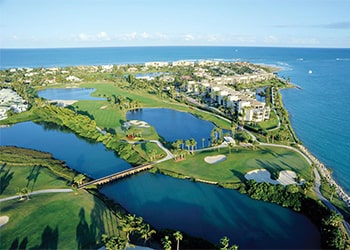 September 16, 2021 - Five Tips for a Smooth Relocation to South Florida and Sailfish Point ...

Sailfish Point Realty, LLC. The Sailfish Point Club and Property Owners Association is a private facility. Prices are subject to change. Information is deemed to be accurate, but not warranted. Material and content on this site are copyrighted and may not be used for any purpose without the expressed written consent of Sailfish Point. © 2021 Sailfish Point. All rights reserved. Privacy Policy | Sitemap | Website by Cotton & Company
If you have difficulty accessing our website, please call so that we can assist.