In the world of sportfishing, there are no more enviable locations to launch from than the Sailfish Point Marina. Sitting just at the mouth of the St. Lucie Inlet, Boaters have direct access to a wide world of deep water, reef, trolling, and drop fishing.

Stuart, Florida is known as the Sailfish Capital of the World. The surrounding waters are teeming with large, lively, and fast fish that are relatively easy to hook. Ranging between four and eight feet in length, the sailfish is the second fastest fish in the sea, just behind the wahoo. When hooked, they can sky, or leap, ten feet into the air, displaying a magnificent body of iridescent blue, purple, silver, and black.

Sailfish can be caught year-round off the Stuart coast, but the best time is mid-November through mid-February. A few weeks in the summer also see an influx of the great game fish, where anglers are known to catch between eight and ten per day.

During your outing, you may also be lucky enough to catch other trophy fish, including swordfish and marlin. Tuna is also prevalent within the surrounding Gulf Stream waters.

If you decide to try your chances elsewhere, take a quick run through the West End, Bahamas. Once a favorite locale of Ernest Hemingway, this is the heart of the Bahamas, where even more marlin, mahi-mahi, wahoo, and yellowfin tuna weighing up to 100 pounds can be found. Should you try for the shallows, snook, permit, and bonefish — one of the most challenging game fish — abound. The surrounding reefs host snapper, grouper, and more.

A lifetime of fishing can be found in the waters that surround Hutchinson Island. Many locals will tell you that there are more saltwater and freshwater species within a ten-mile radius of Stuart than anywhere else in the country. And many of those same locals are fishing enthusiasts who begin their days pulling baitfish from the waters between the shore and the Gulf Stream. Two nearby reefs, one six miles and the other eight miles long, are home to snapper, grouper, king mackerel, cobia, and amberjack. Because of this incredible abundance, bottom fishing and trolling are popular ways of life and pastimes here, with regular tours and tournaments year-round.

With unobstructed deep-water access to the Atlantic Ocean, the Sailfish Point Marina provides secure berths for vessels up to 125 feet, and provisions for every anticipated need. From spacious beachfront properties and oceanfront condos to link side villas and townhomes with private boat docks, 520 distinctive homes offer an astounding array of living possibilities. To learn more about the luxurious lifestyle offered at Sailfish Point and the wide variety of residential real estate available, visit SailfishPoint.com or contact the Sailfish Point Realty team at 772-225-6200. 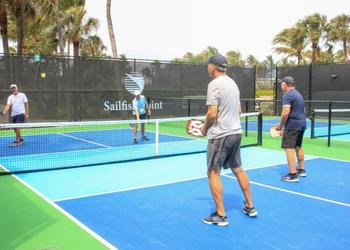 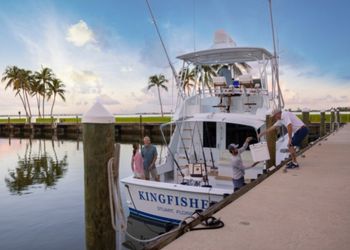 Sailfish Point Realty, LLC. The Sailfish Point Club and Property Owners Association is a private facility. Prices are subject to change. Information is deemed to be accurate, but not warranted. Material and content on this site are copyrighted and may not be used for any purpose without the expressed written consent of Sailfish Point. © 2022 Sailfish Point. All rights reserved. Privacy Policy | Sitemap | Website by Cotton & Company
If you have difficulty accessing our website, please call so that we can assist.